CBC Canada Reads have announced their short list, and it is rich with an intriguing variety of books! This year's theme is "One book to bring Canada into focus". View the final nominees, as well as some of the long-listed books, here in our collection!

Follow host Ali Hassan and guests as they debate the books; the debates will be broadcast on CBC Radio One, CBC TV, CBC Gem and on CBC Books. The debates will take place from July 20-23, 2020 so tune in and follow the conversations! 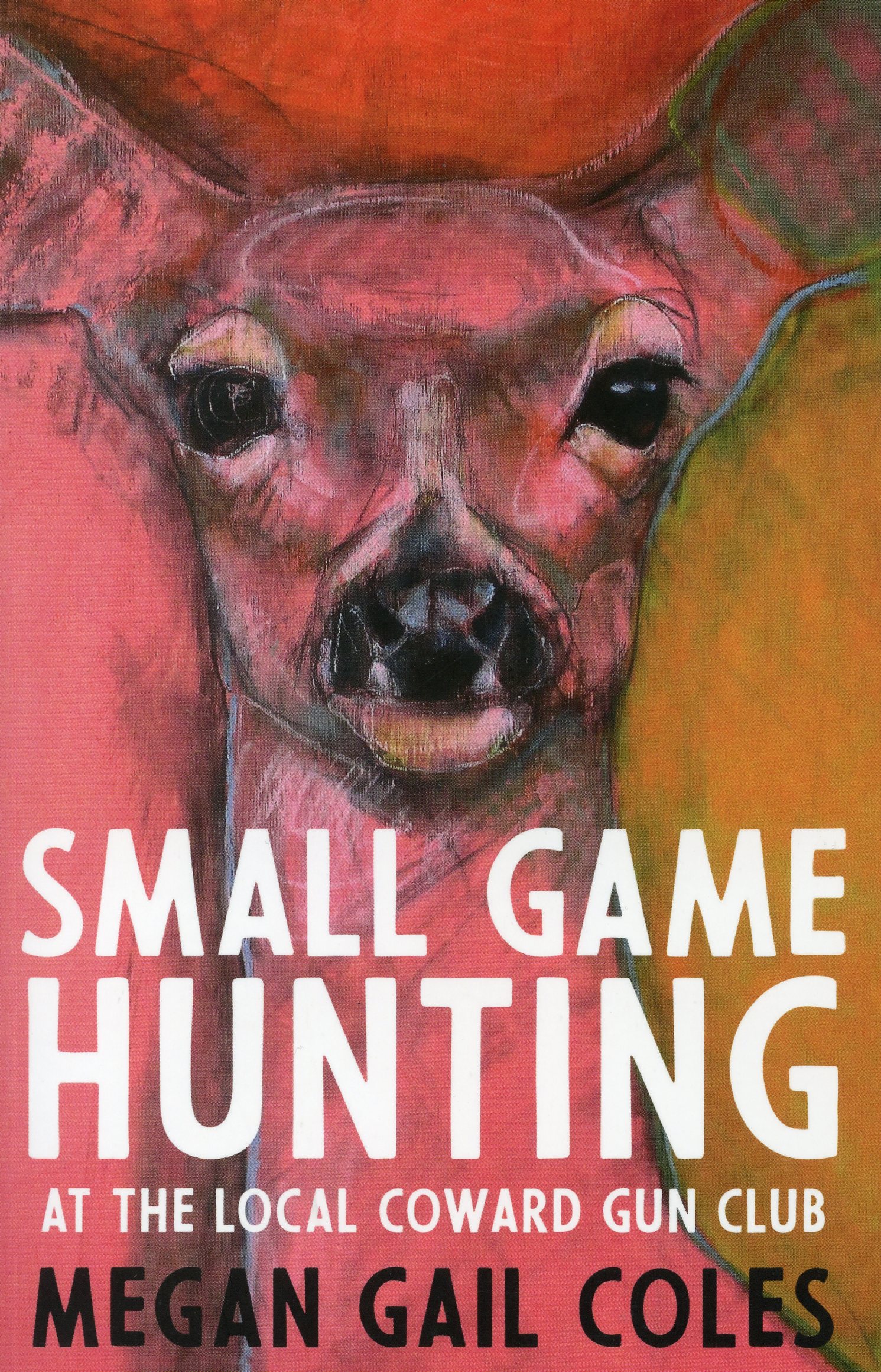 February in Newfoundland is the longest month of the year. Another blizzard is threatening to tear a strip off downtown St. John's, while inside The Hazel restaurant a storm of sex, betrayal, addiction, and hurt is breaking. Iris, a young hostess from 'round the bay, is forced to pull a double despite resolving to avoid the charming chef and his wealthy restaurateur wife. Just tables over, Damian, a hungover and self-loathing server, is trying to navigate a potential punch-up with a pair of lit customers who remain oblivious to the rising temperature in the dining room. Olive, a young Indigenous woman far from home, watches it all unfurl from the fast and frozen street. It is through Olive, largely unnoticed by the others, that we glimpse the truth behind the scathing lies and unrelenting abuse, and it is her resilience that proves most enduring in the dead of this winter's tale. By turns biting, funny, poetic, and heartbreaking, Megan Coles' debut novel rips into the inner lives of a wicked cast of characters, building towards a climax that will shred perceptions and force a reckoning. This is blistering Newfoundland Gothic for the twenty-first century, a wholly original, bracing, and timely portrait of a place in the throes of enormous change, where two women confront the traumas of their past in an attempt to overcome the present and pick up the future. 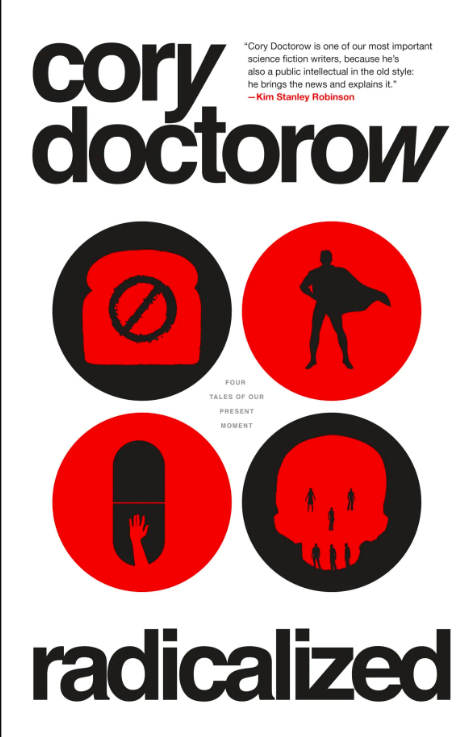 Radicalized: Four Tales of Our Present Moment, by Cory Doctorow

Here are four urgent stories from author and activist Cory Doctorow, four social, technological and economic visions of the world today and its near—all too near—future.

'Unauthorized Bread' is a tale of immigration, toxic economic stratification and a young woman's perilously illegal quest to fix a broken toaster.

In 'Model Minority' a superhero finds himself way out his depth when he confronts the corruption of the police and justice system.

'Radicalized' is the story of a desperate husband, a darknet forum and the birth of a violent uprising against the US health care system. (NNELS has the audio version of this story, narrated by Wil Wheaton!)

The final story, 'The Masque of the Red Death', tracks an uber-wealthy survivalist and his followers as they hole up and attempt to ride out the collapse of society. 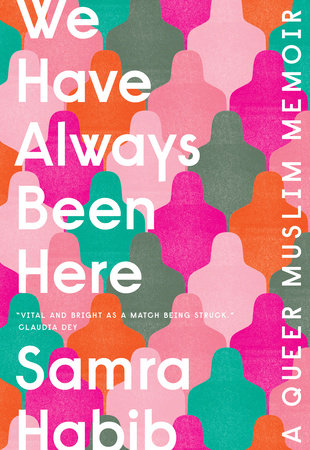 We Have Always Been Here: A Queer Muslim Memoir, by Samra Habib

How do you find yourself when the world tells you that you don't exist' Samra Habib has spent most of her life searching for the safety to be herself. As an Ahmadi Muslim growing up in Pakistan, she faced regular threats from Islamic extremists who believed the small, dynamic sect to be blasphemous. From her parents, she internalized the lesson that revealing her identity could put her in grave danger. When her family came to Canada as refugees, Samra encountered a whole new host of challenges: bullies, racism, the threat of poverty, and an arranged marriage. Backed into a corner, her need for a safe space-in which to grow and nurture her creative, feminist spirit-became dire. The men in her life wanted to police her, the women in her life had only shown her the example of pious obedience, and her body was a problem to be solved. So begins an exploration of faith, art, love, and queer sexuality, a journey that takes her to the far reaches of the globe to uncover a truth that was within her all along. A triumphant memoir of forgiveness and family, both chosen and not, We Have Always Been Here is a rallying cry for anyone who has ever felt out of place and a testament to the power of fearlessly inhabiting one's truest self. 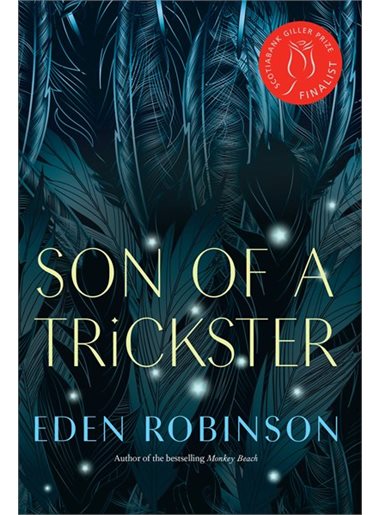 Son of a Trickster, by Eden Robinson

Everyone knows a guy like Jared: the burnout kid in high school who sells weed cookies and has a scary mom who's often wasted and wielding some kind of weapon. Jared does smoke and drink too much, and he does make the best cookies in town, and his mom is a mess, but he's also a kid who has an immense capacity for compassion and an impulse to watch over people more than twice his age, and he can't rely on anyone for consistent love and support, except for his flatulent pit bull, Baby Killer (he calls her Baby)—and now she's dead.

Jared can't count on his mom to stay sober and stick around to take care of him. He can't rely on his dad to pay the bills and support his new wife and step-daughter. Jared is only sixteen but feels like he is the one who must stabilize his family's life, even look out for his elderly neighbours. But he struggles to keep everything afloat...and sometimes he blacks out. And he puzzles over why his maternal grandmother has never liked him, why she says he's the son of a trickster, that he isn't human. Mind you, ravens speak to him—even when he's not stoned.

You think you know Jared, but you don't. 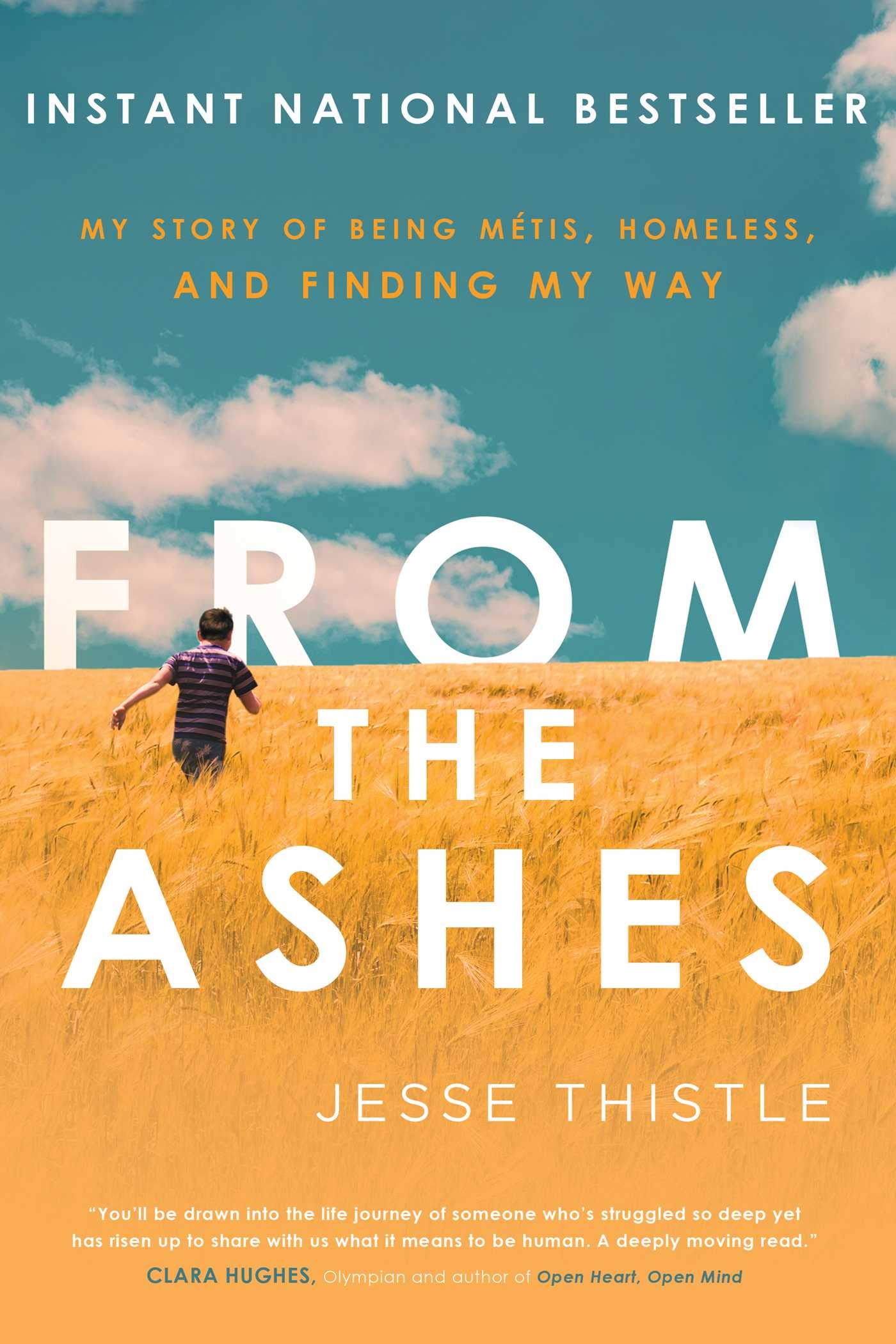 From the Ashes: My Story of Being Métis, Homeless, and Finding My Way, by Jesse Thistle

In this extraordinary and inspiring debut memoir, Jesse Thistle, once a high school dropout and now a rising Indigenous scholar, chronicles his life on the streets and how he overcame trauma and addiction to discover the truth about who he is.
"If I can just make it to the next minute...then I might have a chance to live; I might have a chance to be something more than just a struggling crackhead."
From the Ashes is a remarkable memoir about hope and resilience, and a revelatory look into the life of a Metis-Cree man who refused to give up. Abandoned by his parents as a toddler, Jesse Thistle briefly found himself in the foster-care system with his two brothers, cut off from all they had known. Eventually the children landed in the home of their paternal grandparents, whose tough-love attitudes quickly resulted in conflicts. Throughout it all, the ghost of Jesse's drug-addicted father haunted the halls of the house and the memories of every family member. Struggling with all that had happened, Jesse succumbed to a self-destructive cycle of drug and alcohol addiction and petty crime, spending more than a decade on and off the streets, often homeless. Finally, he realized he would die unless he turned his life around. In this heart-warming and heart-wrenching memoir, Jesse Thistle writes honestly and fearlessly about his painful past, the abuse he endured, and how he uncovered the truth about his parents. Through sheer perseverance and education-and newfound love-he found his way back into the circle of his Indigenous culture and family. An eloquent exploration of the impact of prejudice and racism, From the Ashes is, in the end, about how love and support can help us find happiness despite the odds.