CBC Canada Reads will soon be debating their short list, and it is rich with an intriguing variety of books! This year's theme is "One Book to Transport Us." View the final nominees, as well as some of the long-listed books, here in our collection!

Follow host Ali Hassan and guests as they debate the books; the debates will be broadcast on CBC Radio One, CBC TV, CBC Gem and on CBC Books. The debates will take place from March 8 - 11, 2021, so tune in and follow the conversations! 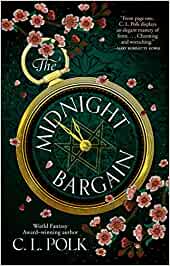 The midnight bargain by C.L. Polk

From the beloved World Fantasy Award-winning author of Witchmark comes a sweeping, romantic new fantasy set in a world reminiscent of Regency England, where womens magic is taken from them when they marry. A sorceress must balance her desire to become the first great female magician against her duty to her family. Beatrice Clayborn is a sorceress who practices magic in secret, terrified of the day she will be locked into a marital collar that will cut off her powers to protect her unborn children. She dreams of becoming a full-fledged Magus and pursuing magic as her calling as men do, but her family has staked everything to equip her for Bargaining Season, when young men and women of means descend upon the city to negotiate the best marriages. The Clayborns are in severe debt, and only she can save them, by securing an advantageous match before their creditors come calling. In a stroke of luck, Beatrice finds a grimoire that contains the key to becoming a Magus, but before she can purchase it, a rival sorceress swindles the book right out of her hands. Beatrice summons a spirit to help her get it back, but her new ally exacts a price: Beatrices first kiss . . . with her adversarys brother, the handsome, compassionate, and fabulously wealthy Ianthe Lavan. The more Beatrice is entangled with the Lavan siblings, the harder her decision becomes: If she casts the spell to become a Magus, she will devastate her family and lose the only man to ever see her for who she is; but if she marries even for love she will sacrifice her magic, her identity, and her dreams. But how can she choose just one, knowing she will forever regret the path not taken? 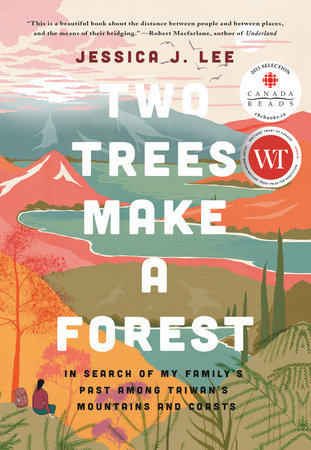 Two trees make a forest: In search of my family's past among taiwan's mountains and coasts by Jessica J. Lee

A chance discovery of letters written by her immigrant grandfather leads Jessica J. Lee to her ancestral homeland, Taiwan. There, she seeks his story while growing closer to the land he knew.
Lee hikes mountains home to Formosan flamecrests, birds found nowhere else on earth, and swims in a lake of drowned cedars. She bikes flatlands where spoonbills alight by fish farms, and learns about a tree whose fruit can float in the ocean for years, awaiting landfall. Throughout, Lee unearths surprising parallels between the natural and human stories that have shaped her family and their beloved island. Joyously attentive to the natural world, Lee also turns a critical gaze upon colonialist explorers who mapped the land and named plants, relying on and often effacing the labor and knowledge of local communities. 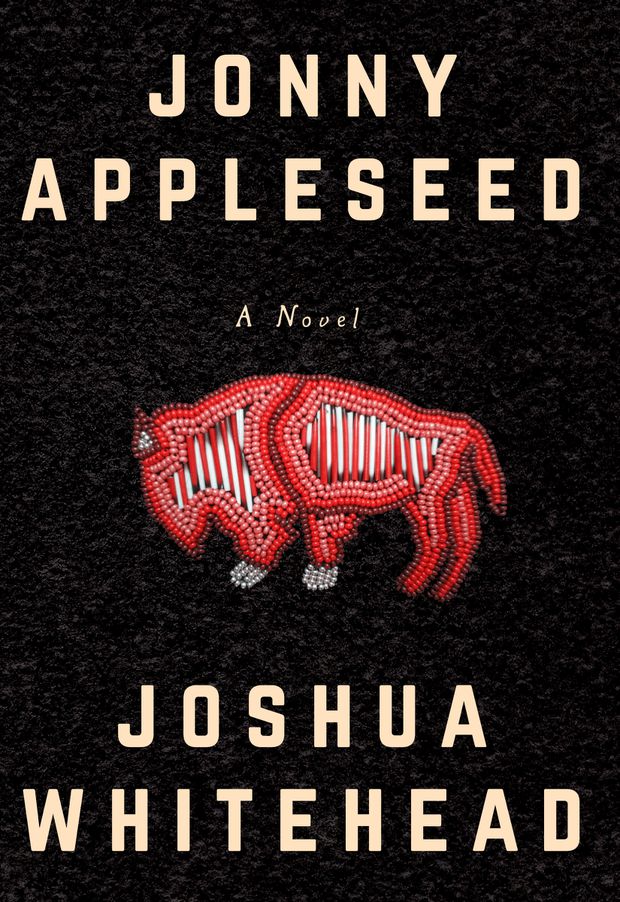 "You're gonna need a rock and a whole lotta medicine" is a mantra that Jonny Appleseed, a young Two-Spirit/Indigiqueer, repeats to himself in this vivid and utterly compelling novel. Off the reserve and trying to find ways to live and love in the big city, Jonny becomes a cybersex worker who fetishizes himself in order to make a living. Self-ordained as an NDN glitter princess, Jonny has one week before he must return to the "rez," and his former life, to attend the funeral of his stepfather. The next seven days are like a fevered dream: stories of love, trauma, sex, kinship, ambition, and the heartbreaking recollection of his beloved kokum (grandmother). Jonny's world is a series of breakages, appendages, and linkages--and as he goes through the motions of preparing to return home, he learns how to put together the pieces of his life. Jonny Appleseed is a unique, shattering vision of Indigenous life, full of grit, glitter, and dreams. 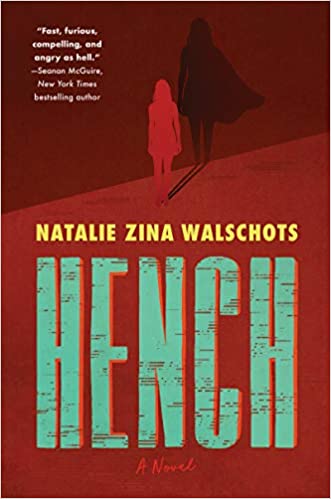 Anna does boring things for terrible people because even criminals need office help and she needs a job. Working for a monster lurking beneath the surface of the world isn’t glamorous. But is it really worse than working for an oil conglomerate or an insurance company? In this economy? As a temp, she’s just a cog in the machine. But when she finally gets a promising assignment, everything goes very wrong, and an encounter with the so-called “hero” leaves her badly injured.  And, to her horror, compared to the other bodies strewn about, she’s the lucky one. So, of course, then she gets laid off. With no money and no mobility, with only her anger and internet research acumen, she discovers her suffering at the hands of a hero is far from unique. When people start listening to the story that her data tells, she realizes she might not be as powerless as she thinks. Because the key to everything is data: knowing how to collate it, how to manipulate it, and how to weaponize it. By tallying up the human cost these caped forces of nature wreak upon the world, she discovers that the line between good and evil is mostly marketing.  And with social media and viral videos, she can control that appearance. It’s not too long before she’s employed once more, this time by one of the worst villains on earth. As she becomes an increasingly valuable lieutenant, she might just save the world. A sharp, witty, modern debut, Hench explores the individual cost of justice through a fascinating mix of Millennial office politics, heroism measured through data science, body horror, and a profound misunderstanding of quantum mechanics. 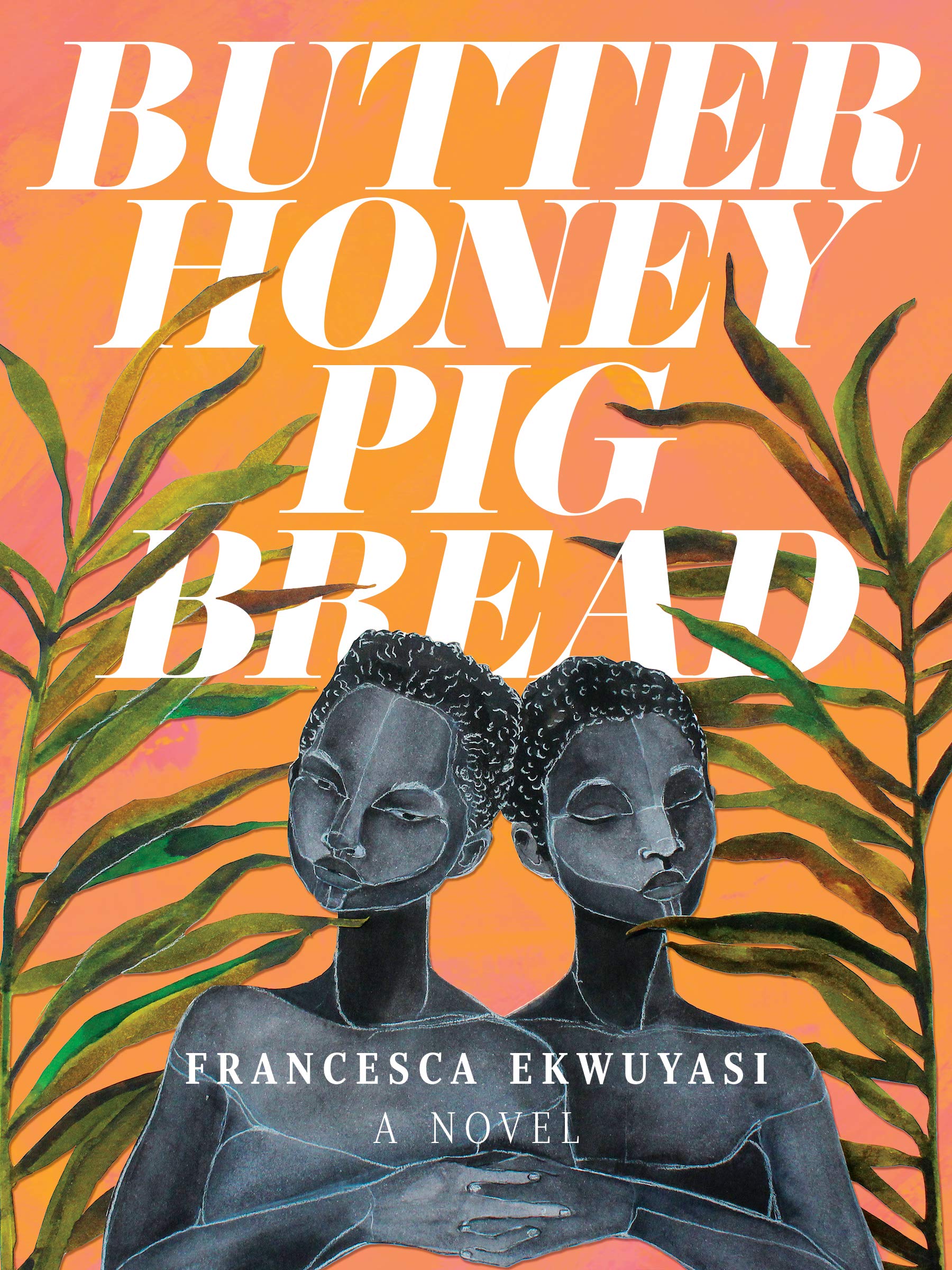 An intergenerational saga about three Nigerian women: a novel about food, family, and forgiveness. Spanning three continents, Butter Honey Pig Bread tells the interconnected stories of three Nigerian women: Kambirinachi and her twin daughters, Kehinde and Taiye. Kambirinachi believes that she is an Ogbanje, or an Abiku, a non-human spirit that plagues a family with misfortune by being born and then dying in childhood to cause a human mother misery. She has made the unnatural choice of staying alive to love her human family but lives in fear of the consequences of her decision. Kambirinachi and her daughters become estranged from one another because of a trauma that Kehinde experiences in childhood, which leads her to move away and cut off all contact. She ultimately finds her path as an artist and seeks to raise a family of her own, despite her fear that she won’t be a good mother. Meanwhile, Taiye is plagued by guilt for what her sister suffered and also runs away, attempting to fill the void of that lost relationship with casual flings with women. She eventually discovers a way out of her stifling loneliness through a passion for food and cooking. But now, after more than a decade of living apart, Taiye and Kehinde have returned home to Lagos. It is here that the three women must face each other and address the wounds of the past if they are to reconcile and move forward. For readers of African diasporic authors such as Teju Cole and Chimamanda Ngozi Adichie, Butter Honey Pig Bread is a story of choices and their consequences, of motherhood, of the malleable line between the spirit and the mind, of finding new homes and mending old ones, of voracious appetites, of queer love, of friendship, faith, and above all, family.