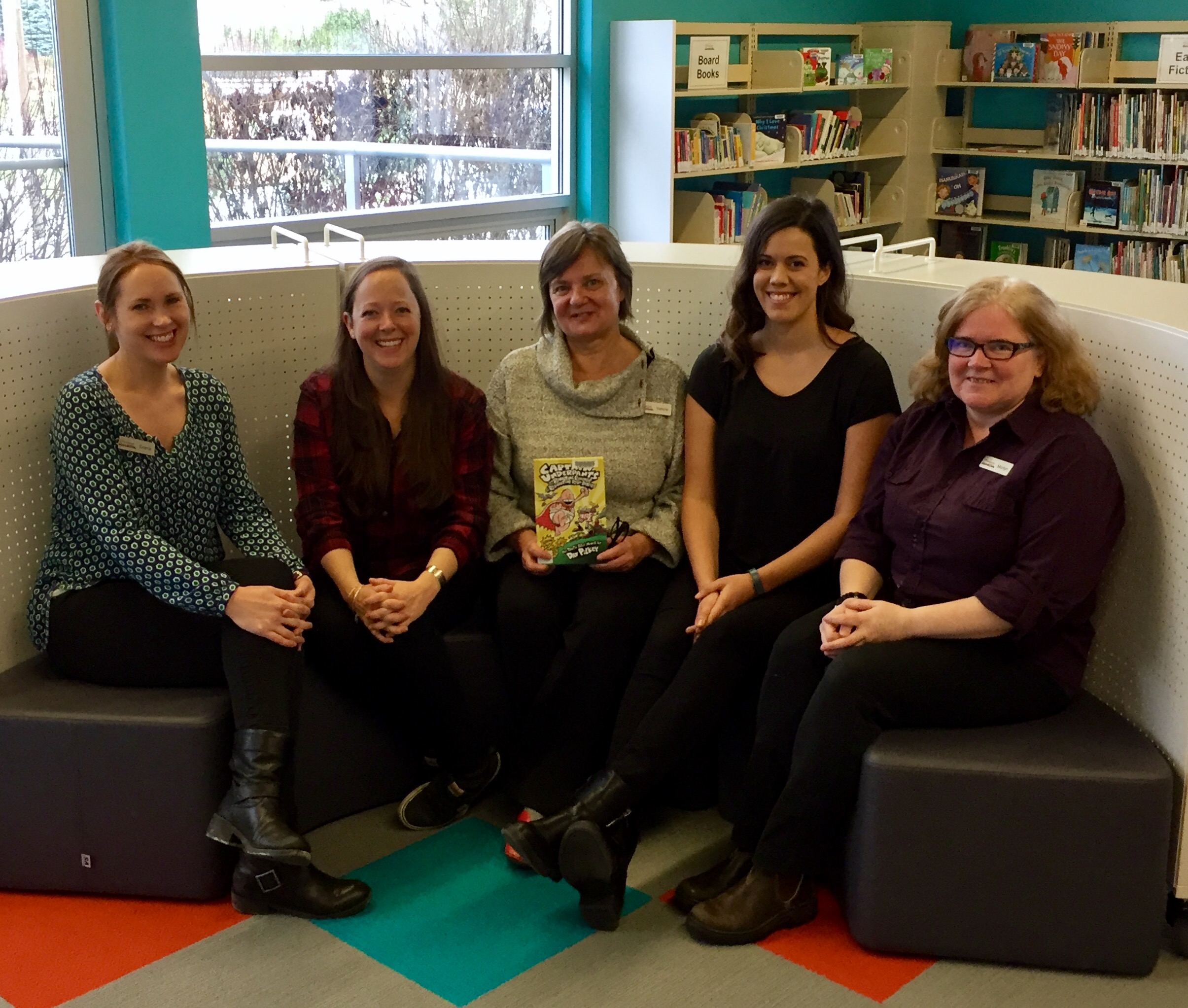 To celebrate the International Day of Persons with Disabilities and our third birthday, both of which are tomorrow, we’re pleased to announce the addition of a very special book to the NNELS collection.

It all began, as so many things do, with a phone call. In the spring of 2015, the Pemberton & District Public Library was having a telephone orientation about how to use NNELS, an online library of books in accessible formats for readers with print disabilities.

During the orientation, Library Director Emma Gillis asked, “Could the library record a book for NNELS?” Gillis had previous experience with recording: in high school, she helped make a Talking Newspaper. Later, while living in Germany, Gillis was involved with a project called 'Storybook Soldiers’, which allowed soldiers to record books for their children back home.

The rest of the library staff were also keen, so after some brief training from NNELS staff, they decided to begin recording a BC Summer Reading Club selection called “Captain Underpants and the Revolting Revenge of the Radioactive Robo-Boxers” by Dav Pilkey. Each character in the book was recorded by a different staff member, and together over the coming months, they helped the story’s heroes change the course of history with time travel, and save the world from a character called Tippy Tinkletrousers.

In the summer of 2015, when destructive wildfires were making things very serious for area residents and tourists, the library staff looked forward to sitting in front of a microphone with a book and recording some very unserious voices. Since the book is a graphic novel, there were some challenges with recording it. At points throughout the book, the story is told entirely through pictures, so readers described what was happening without losing the spirit of the silly story. For extra fun, audiobook editor Kalmia Hockin added dramatic sound effects.

Reflecting on the experience, Gillis said, “Recording a book was a great team activity, an opportunity to raise awareness about the NNELS project, and a fun way to put something out into the community.” The BC Libraries Co-op is service partner to NNELS; Tracey Therrien, Chair of the BC Libraries Co-op, said, “This recording is the first of its kind, at least for NNELS, and what a first it is. We’re thrilled that Captain Underpants has a place in NNELS. Thank you, Pemberton!”

The book was recorded by Val Fowler, Emma Gillis, Kalmia Hockin, Nic MacPhee, and Marilyn Marinus. This Captain Underpants audiobook is available to people from across Canada who have a print disability. A print disability includes any vision, mobility, or cognitive barrier (such as dyslexia – and Dav Pilkey, the author of the Captain Underpants books, is dyslexic himself) that prevents an individual from being able to read a regular book. For more information about this book and others in the NNELS collection, please contact your local public library or visit https://nnels.ca.